THE GHOST OF THE LIVELY LADY

THE GHOST OF THE LIVELY LADY

Just as there was a cold wind blowing across the Atlantic in 1968 as Alec Rose returned after circumnavigating the world in his yacht ‘Lively Lady’, there is a cold economic wind blowing across the public house sector. According to the Campaign for Real Ale ‘last drinks’ was called at 1722 pubs last year, double the rate for 2011. Pub owners blame beer tax, smoking bans, cheap supermarket booze and the economic downturn for the closures. Unless a pub has a thriving food department or some other form of income it is difficult for it to survive.

In contrast to the nearby and well maintained St. Paul’s Polish Church, the pub, remembered by many as the ‘Lively Lady’, stands derelict and forlorn. It is a blight on Tesco and the other shops on Ethel Road, a main approach to Evington.

The erection of the Lively Lady, later renamed ‘The Lester’ by Everards Brewery, was approved in 1966. As recently as 2008 the owners were given approval to build single storey extensions to the side and front and also a smoking terrace, but the pub was not a viable business and was closed.

By 2011 it was history. The owners were given approval for demolition but this never happened and the property has remained boarded up. Despite some attempts to tidy up the shrubs, the property remains an eyesore.

It is difficult to visualize a future for this site that might give the owners a return on their capital, but if any reader has a suggestion please write to the Editor of the Evington Echo. 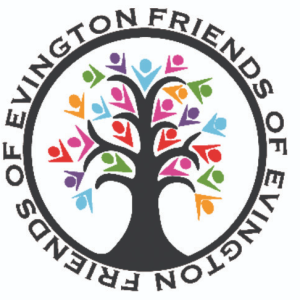 The Caribbean Collective – connecting and supporting communities in Leicester